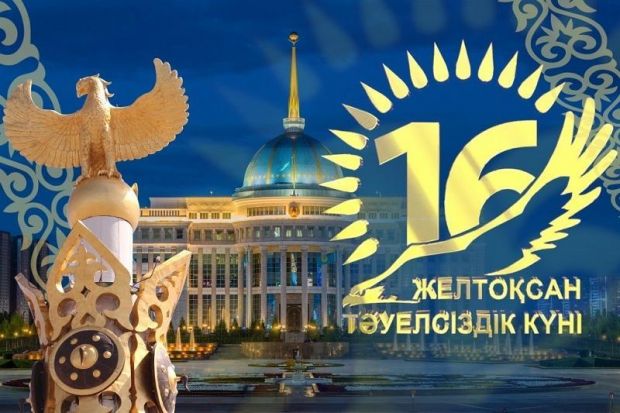 The documentary film "Seven Facets of Independence", prepared by the "Astana" TV channel, reflects the great steps and decisions taken by the head of state for our country. The documentary film consists of seven parts. Each of them is dedicated to certain topics: economy, integration processes, interethnic accord, anti-nuclear initiatives, New Capital, transit potential, return of compatriots to their homeland. The content of the films is based on the memories and opinions of authoritative speakers - famous statesmen, public figures, people who had seen how Elbasy made difficult political decisions on the country's development, as well as interviews of historians, political scientists, economists, doctors. The cycle of documentaries consists of the sections "Wise Decision", "Hour of Trials", "One Country, One Destiny", "In Unity is Strength", "Path to Prosperity", " Жаңғыружолы ", "Lines of Life". Having watched these parts of the documentary, we admire the foresight and wisdom, rationality and tolerance, and the responsibility of our Elbasy.

Semipalatinsk polygon ruined a lot of lives. 40 years of testing, 752 explosions, a difficult story of more than 1.5 million people. Nuclear tests have dealt a serious blow to people and the environment.  The section of the collection "Wise decision" tells about the measures taken by the first President of the Republic of Kazakhstan to solve this problem. Nursultan Abyshevich Nazarbayev made a timely decision and saved the Kazakh people from suffering. He created decree close the Semipalatinsk test site. By this action Kazakhstan demonstrated to the whole world that the young country supports a peaceful policy.Also, Elbasy started work to restore one of the most important environmental problems - the Aral Sea. The decisions made by the first President and competent solution to such problems has led to the long-awaited independence of our country.

«Critical hour». The 90s of Kazakhstan were a difficult time for the people. Many industries were closed, there was no proper food to eat, no light, and unemployment reigned. The head of state took this issue into his own hands. He solved problems through education, and the people raised their hopes for it. He opened the Bolashak program to improve public education. According to the program, students went abroad, brought their knowledge to the Kazakh Land, opened a new route and helped to improve the country. The measures taken by the head of state put the country on its feet. Today, our country is one of the most developed countries. In terms of economy, we have reached the 45th place, which can be considered a great success.

One country, one destiny

Let's continue the section "one country, one destiny".  It is well-known that during the Soviet era, the people of our land, who suffered a lot, were scattered. We believe that the wise policy of our President, as well as the hospitality of our people, is the fact that during the years of independence our country has reunited the disintegrated people under one banner and welcomed not only our compatriots, but also people of other nationalities.  As a result, today more than a hundred nationalities live in peace in our country.  This is what the President said about the representatives of different nationalities living in one country.  "Today, despite their different names, they have become one people, one blood, one soul, one dream. Thus, the future of our country is like three pillars of the hearth:" One nation - one country - one destiny. "

In unity is strength

" In unity is strength " - shed the blood of innocent souls, comprehended the fate, the future of some nationalities was blurred, and many countries were deprived of the politics of the time when it was customary to run to each other for weapons. These difficulties have not spared the young state, which has just declared its independence. Kazakhstan had such goals as "establishing borders without armed conflicts, forming interethnic harmony, and getting out of diplomatic disputes". The future of the country, its economy, its complete decline or, conversely, the liberation of the nation depended on this border. And today the Kazakh country has reached such a level that it can be proud of its vast country. In addition, in the course of further improving the security of our country, it became a member of world-class unions, such as the SCO, OSCE, CICA, and CSTO. We are very proud that the first leader of our country was N. A. Nazarbayev.

The collection continued with the “Path to prosperity” section. Our President decided to move the capital from Almaty to the city of Akmola. The President said: "... if we want to build a new country, we must choose a new center ..." and began to lay the foundation for a new center. The result is a world famous architectural masterpiece. Here we are once again convinced that the President is a master of strategy. First, the location of the city allows you to manage the economy and manage communications. Secondly, it is necessary to change the demographic situation in the northern regions in a positive direction in the interests of the nation. Thirdly, the geopolitical location was strategically very convenient, knowing all this, we think that the President immediately decided to move the center of the country to Astana. Now the center of the country is developed at a very high level. We still want to develop our beautiful capital, Nur-Sultan.

The Path of Revival

“The Path of Revival” - the film “Seven Facets of Independence”, which reflects our history, shows in detail the difficult path of Elbasy. The section "Path of revival" shows the policy of Elbasy to address demographic issues, the return of our compatriots to their homeland, giving state status to the Kazakh language and was the beginning of the opening of many Kazakh-speaking educational institutions, its implementation.

Road to the Future

The chapter "Road to the Future" described the implementation of the " Нурлыжол " program. As we all know, our country is far from four oceans. And this led to a deterioration in the economic situation in the country. But everyone knows that Kazakhstan is a country rich in natural resources. The President did not ignore the issue of raising the country's economy to a higher level through their use. During the implementation of the project, many large road projects were implemented, the railway industry was developed, as well as transport logistics, and the problem of energy infrastructure was solved.

Independence is the dream of our ancestors

It has been 29 years since we gained independence and became a sovereign country. Independence is a sacred treasure that our ancestors dreamed of and which has been passed down from generation to generation. For twenty-nine years, our state has been a developed independent country with clear borders and strong borders. This is the result of a great hereditary victory. Thanks to the zealous spirit and heroism of young people who withstood the December winds and storms, we have become a prosperous state. There is an opportunity for a new qualitative stage in the country's development. In this regard, the citizens of our country can contribute to development.We have the same potential as the developing countries of the world. Our main goal for the future is not to overthrow our blue flag, but to turn our independent country into an eternal country, a legacy for future generations.