Competition on the German language knowlege 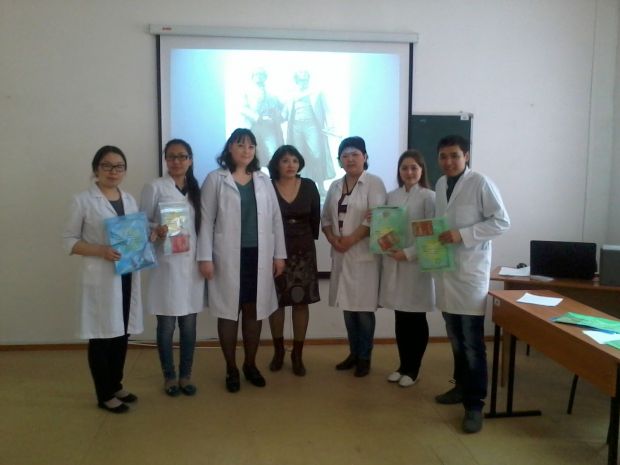 On 5th April,2014 , the Department of Foreign Languages ​​held the first round of the Olympiad on the German language knowlege , which was attended by all interested students of the first and second courses. The first round was selected tour and it  held in the form of testing. According to the results, 15 students passed to second round. The final round included a quiz, which tested  students' knowledge of geography, general awareness in the world of culture, history and politics , and discussions were held about the dangers and benefits of vegetarianism and psychotherapy. According to the results of the Olympiad  Etekbaeva Ainur 1080 GM  took the first place, the second place was taken by  Serikov Bakhtiyar GM 2080, and the third place divided between Yulia Semeniuk 2006 Dentistry  and Kuanish Zhuldyz  2003 PH . Other participants were thanked and presented with certificates and rewards comforting souvenirs. Olympiad ended with rewarding the students and thanking the organizers of the Olympiad – teacher of English and german, master  of  Art Shubakova  Madina Nurmuhambetovna.