Department of Morphology and Physiology

Department of Morphology and Physiology

The Department of Morphology and Physiology was founded by the union of two departments: morphology (anatomy unit, histology unit) and physiology in September 2018. The head of the department is Candidate of Medical Sciences -Nurlan Nigmetovich Nauryzov. 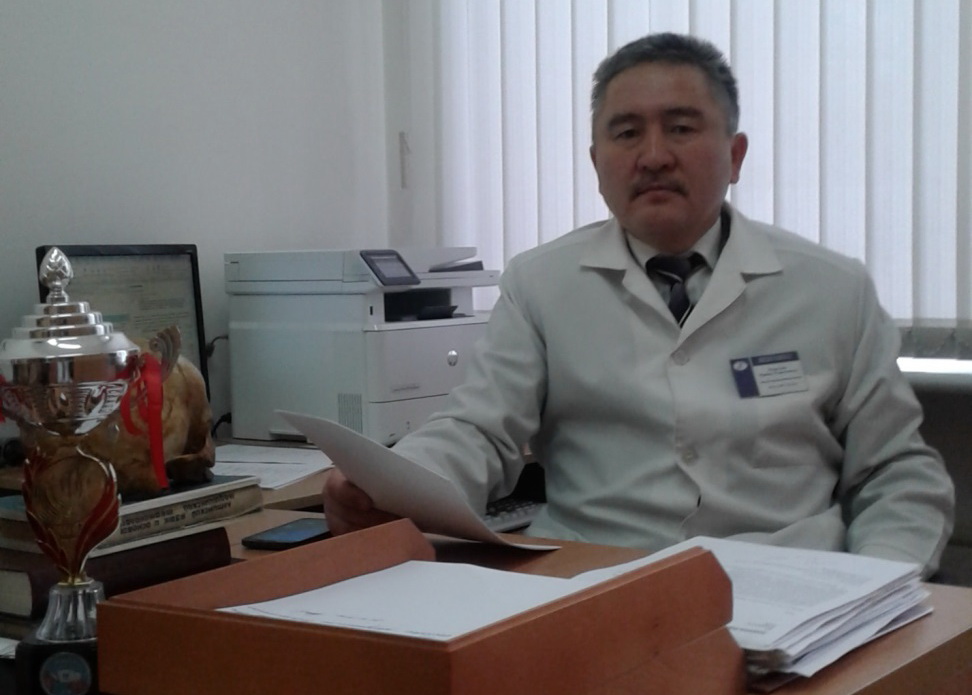 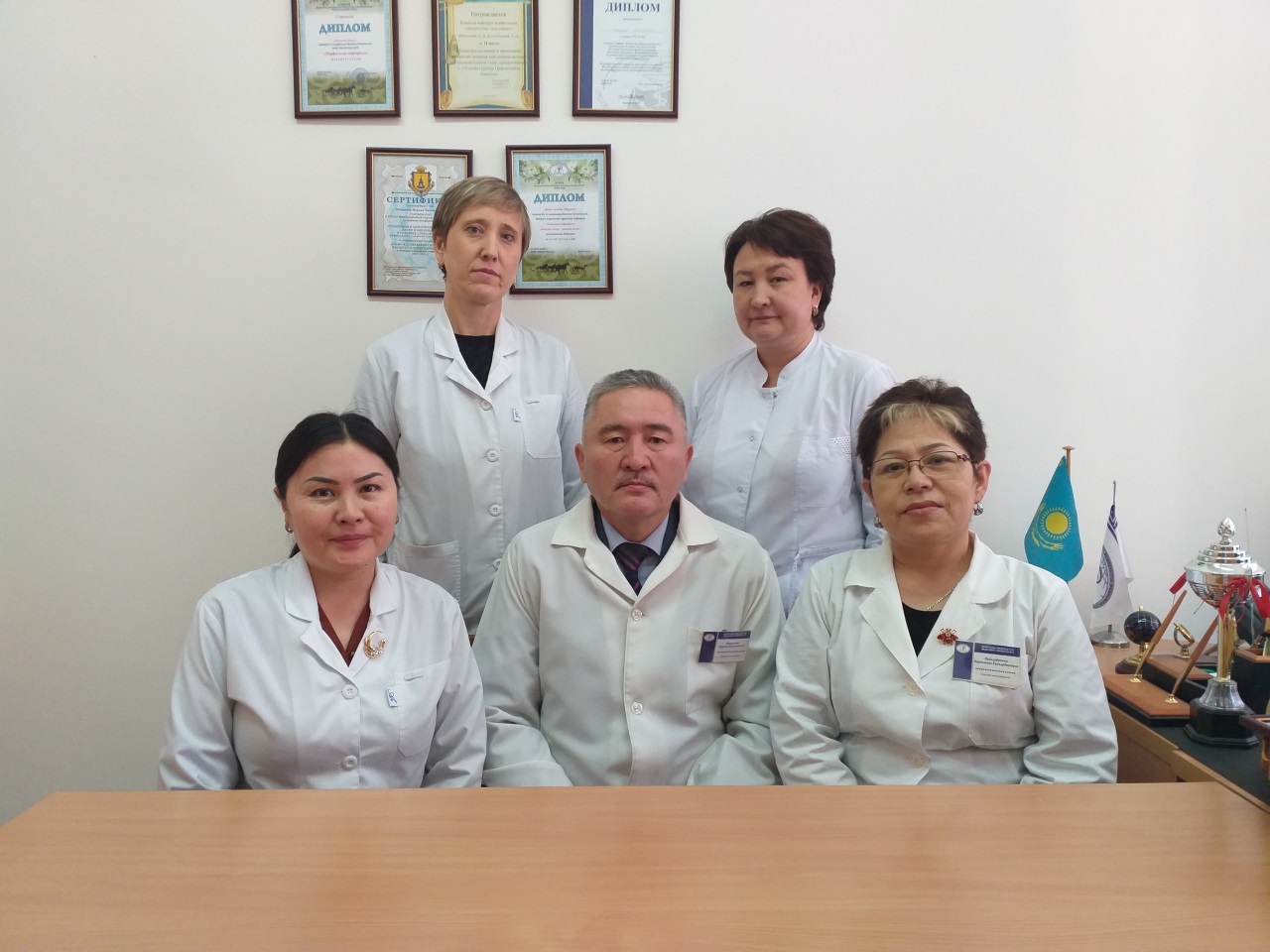 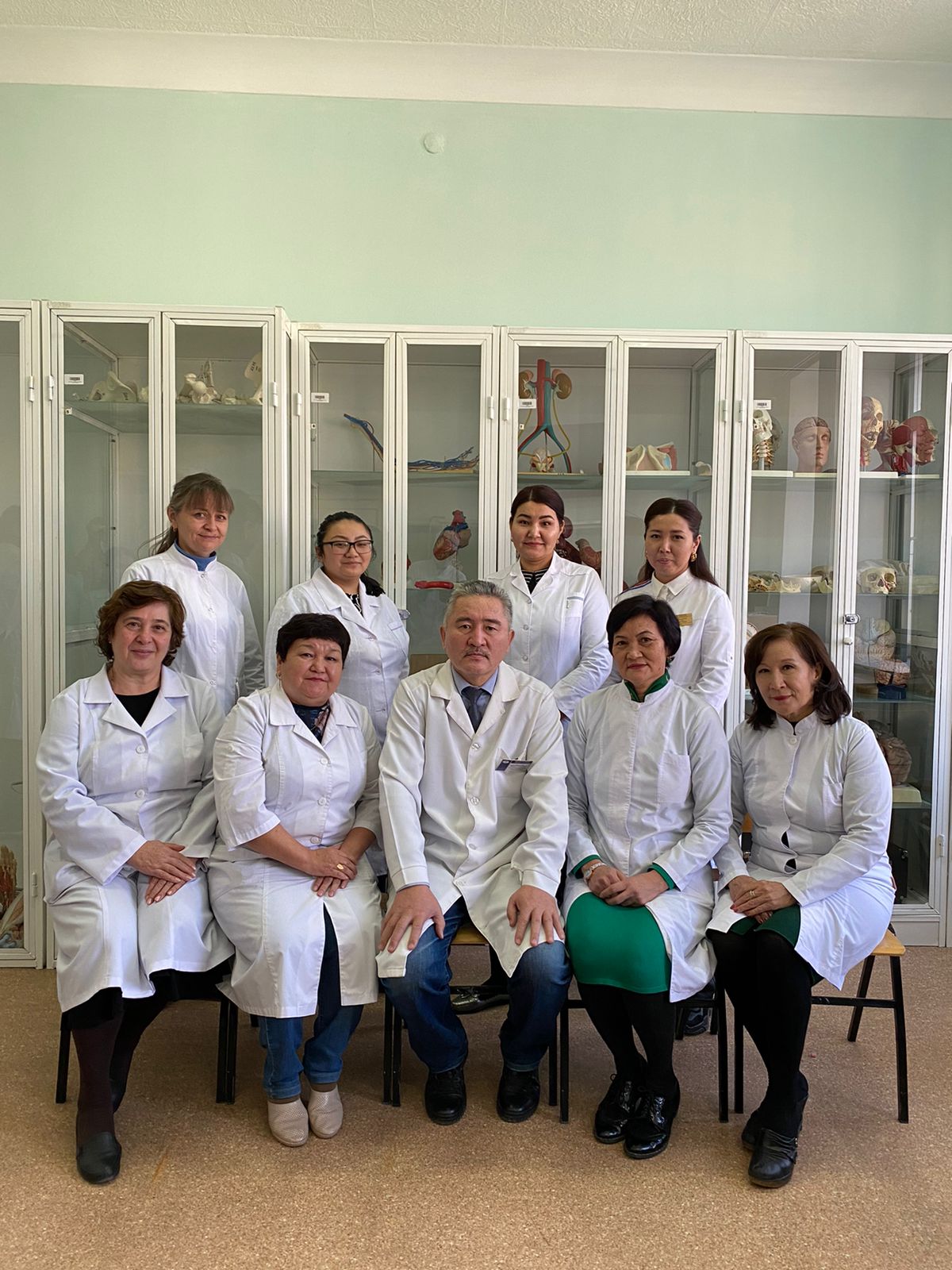 In 2007-2008 academic year department of the normal anatomy, topographic anatomy and operative surgery were united. From 2007 until 2008 year department of anatomy was headed by the candidate of Medical Sciences, assistant professor Kamariya Kabdeshovna Kapenova, awarded for flawless work and great contribution to the Healthcare system with a  badge ` «The best leader of Healthcare in the Republic of Kazakhstan », for many years of good work she go the certificate of honor of ministry of  Healthcare and the head teacher  the letter of commendation the from president of the Republic of  Kazakhstan. From 2008 to 2009 the head of the department was Karlygash Kayerbekovna Kayerbekova. From 2009 to 2010 Auezkhan Omarkhanovich Omarkhanov candidate of  medical sciences, docent acted as the head of deparment and was awarded for excellent work and great contribution to the health care system with a badge "Excellent worker in Public Health of the Republic of Kazakhstan", for the conscientious work – he was awarded with a " Labour veteran medal", for many years of diligent work and a great contribution to the training of medical personnel with high education in connection with the 60th birthday he was awarded  with the diploma of Ministry of health care of the Republic of Kazakhstan. From 2010 until now head of the department is Nauryzov Nurlan Nigmetovich.

The main scientific directions of the Department at the beginning were a collateral circulation and the problems of  topographic anatomy of the sympathetic nervous system, relevant problems of modern surgery and radiobiology: search and development of new methods of treatment and prevention of acute surgical infection (peritonitis, etc.). Also employees of the Department conducted research in several areas at the same time: the study of the pathogenesis of various metabolic and pathophysiological disorders, changes in microcirculation and hemodynamics, immunological reactivity and morphological state of various organs in these pathological processes. At the same time, the methods of correction and treatment of the syndrome of endogenous intoxication microcirculatory immunological and hemodynamic disorders (extracorporeal detoxification methods, stimulation of reparative processes and the development of new methods of suturing in peritonitis)were examined in the experiment and were tested in the clinic, the possibilities of using endovascular laser therapy of blood in septic and radiation injuries have been studied.

On this scientific problem under the guidance of Professor N.A.Khlopova one doctoral and 9 master's thesis. Were defended at the same time, since 1966, the department has been developing new scientific fields, such as: influence of  huge operative interventions to various organs and organism systems and development of optimal variants of corrective therapy; compensatory-recovery processes research in organs after resection under the harmful environmental factors; relevant issues of modern surgery and radiology, the possibilities of using intravascular laser therapy of blood in radiation damage and reparative regeneration of dusty lungs after various resections are being studied; cytological assessment of mitogenic and mutogenic effects of microwave radiation on the liver cells.

The main achievements of the department: 2 doctoral, 25 master's theses have been defended, about 400 scientific works, 14 author's certificates for inventions, 73 rationalization proposals have been published, 5 monographs, 5 textbooks, more than 500 guidelines in Russian and Kazakh languages have been published.

Currently the following employees work at the department:

The Department of Histology was founded in 1951. In the 1950's. A.A. Zorina, at the invitation of the first rector of KGMI Peter Moiseevich Pospelov, arrived in Karaganda from Kazan and headed the department of histology. The topics addressed in Department of Histology under supervision of A.A. Zorina include the study of afferent and efferent innervation of female reproductive system. 20 master's thesis were defended; more than 270 scientific articles were published under the leadership of A.A. Zorina.  Since 1981. to 2012. The chair was headed by Professor Kurkin A.V. (born in 1941). Doctor of Medical Sciences (1974), thesis on "Calculous pyelonephritis in children", professor (1977). Leading morphologist of the Republic of Kazakhstan. Author of more than 250 scientific and methodical works published in the international and republican press, 3 monographs, standard curricula on Histology. Scientific direction: "Embryonic and postnatal histogenesis in pathology", "Pathological anatomy of childhood". Member of the doctoral dissertation council at the Kazakh Medical Academy (Astana). Prepared 3 doctors, 22 candidates of medical sciences. A number of students head scientific teams in the CIS countries and the Republic of Kazakhstan. Professor Kurkin A.V. Was awarded with the badge «Excellent worker of Health care».

A postgraduate department was created in 1960. Under the guidance of Professor Kurkin A.V. the scientific subjects of Department were devoted to relevent issues of prenatal histogenesis in fetus within normal state or abnormality, including alcohol abuse during pregnancy. On this topic: doctoral dissertations by M.M. Tusupbekova “Comparative renal pathology in fetuses and newborns at risk pregnancies in women of Central Kazakhstan” (1997) and G.U. Zhanaydarova “Embryonic and early postnatal histogenesis of cardiac muscle in antenatal ethanol intoxication” (1997); Candidate’s dissertations by M.M. Tusupbekova (1988), V.A. Yugay (1988), E.A. Nadirov (1991), P.M. Kovalenko (1993), B.Kh. Madieva (1993), V.I. Medvedev (1993). Were written and defended on perinatal intoxication were based the works of R.Z. Yessimova (2004), K.T. Nurseitova (2005) and others. Successfully completed the postgraduate study and defended their dissertations under supervision of Professor Kurkin A.V. the following graduates: M.M. Unisyanova, N.A. Kocheryzhkina, K.B. Abzaliev, G.V. Akashev, D.Kh. Rybalkina; the doctoral study through defense of a doctoral dissertation by L.G. Proshina on the topic “Reactivity of the system of monocyte-macrophage connective tissue in body dehydration and correction of homeostasis by antioxidants”. Under supervision of Professor Kurkin A.V. were written and defended 25 dissertations (3 doctoral and 22 candidate’s); 2 monographs and more than 400 scientific articles were published; a patent for invention was received. 2 people completed master’s program and defended their thesis.

Currently the following employees work at the department: 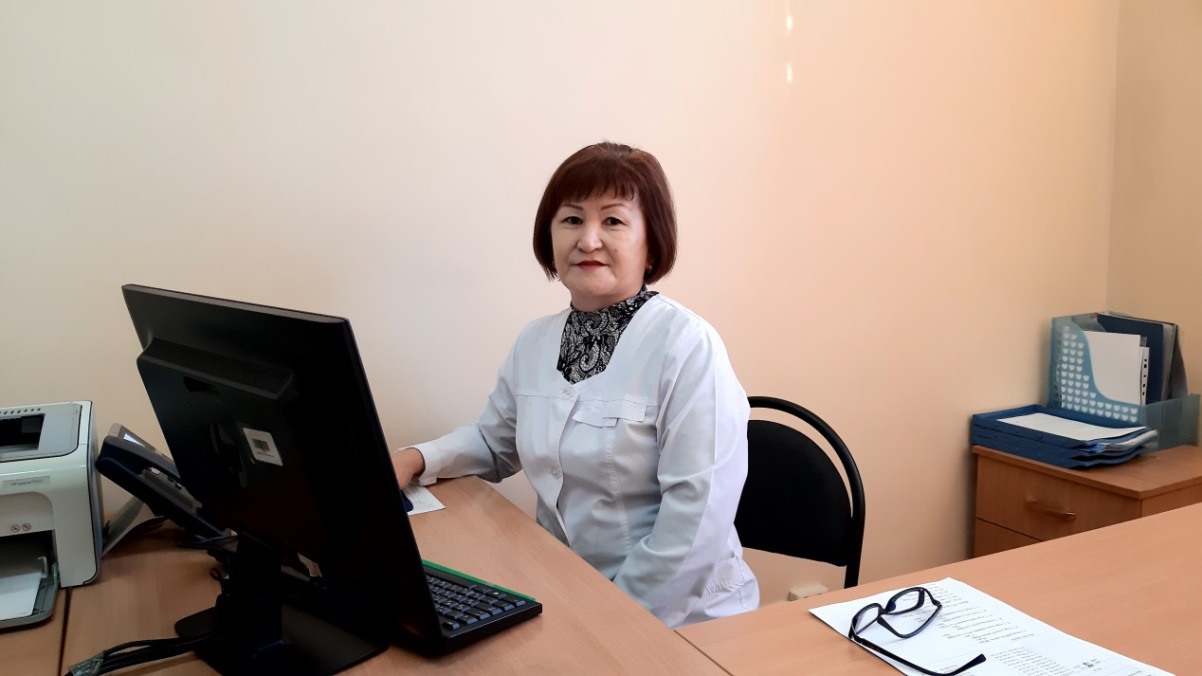 The Department of Physiology was established in the year of foundation of the Institute in 1950. Since 2018 physiology is a course in the department of morphology and physiology.

Teaching discipline of "Physiology" is conducted on all medical specialties.

- "General laws and mechanisms of adaptive systemic reactions of the human body to environmental factors".

- "Clinical and physiological substantiation of early diagnosis of pulmonary hypertension in infants."

In physiology, there is an educational physiological laboratory equipped with modern medical equipment for conducting electrophysiological studies of the main systems of the body (cardiovascular, respiratory, central nervous system). On the basis of the physiological laboratory, students conduct scientific research on the influence of various stress factors on the functional indicators of the cardiovascular and respiratory systems in students and assess the adaptive capabilities of the body depending on the degree of tension of the regulatory systems.

Teachers of the department, together with students, participate in scientific projects. In 2019, ass. prof. Salikhova Ye.Yu. and student Salekhova D., 2nd year "General Medicine" took part in the International Physiological School of Central Asia for teachers and students.

The teaching staff of physiology actively cooperates within the framework of the academic mobility program with the departments of physiology of medical universities in the cities of Dushanbe, Kazan, Kostroma, Vilnius, Voronezh, Ryazan (2012-2021).