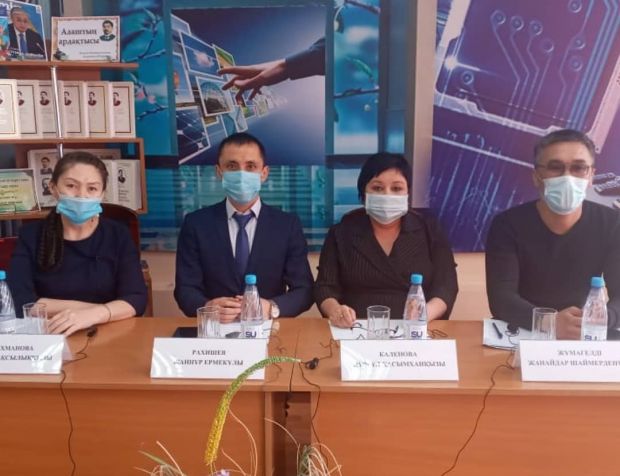 Within the framework of the celebration of Nauryz and the 30th anniversary of independence of Kazakhstan, as well as within the framework of the concept dedicated to March 17-«Tarikh tagzym kuni»  and to the 155th anniversary of the birth of the outstanding Kazakh public and state figure, leader of the National Liberation Movement" Alash" Alikhan Bokeikhan, the Republican online conference "Alashtyn Alikhan"was held in the Karaganda Regional Youth Library named after Zh.Bekturov.

The purpose of this event is to get acquainted with the life and work of the great Kazakh son, the leader of the nation, the leader of the national liberation movement "Alash" Alikhan Bokeikhan, to form a sense of patriotism and civic responsibility among young people. Abdrakhmanova Kamshat Zhaksylykovna, assistant Professor of the Department of History of Kazakhstan and НSPD of the Medical University of Karaganda, took part in the conference and was awarded by letters of thanks our 2nd year students of the specialty "General Medicine" Diana Daniyarova, Diana Bimurzina, Alibek Zhandos, Adi Zhandos . Students of Karaganda Medical University surprise with their level of knowledge in all areas, a sense of patriotism, and a civic position.

When celebrating the independence of the country, it is necessary to more often show and give information of educational significance, cognitive purpose and to orient oneself in the student youth.