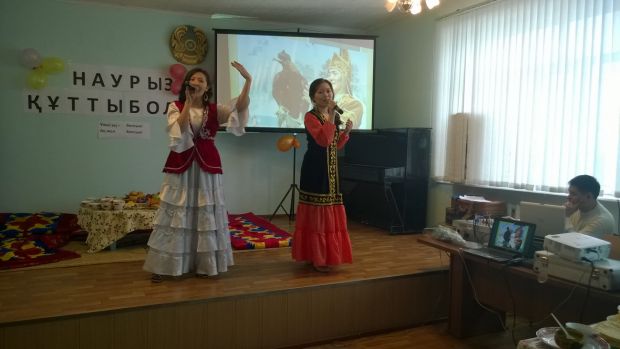 Nauryz is one of the oldest holidays in the world. This holiday is celebrated for more than 5 thousand years bythe peoples of Central Asia and some eastern Slavs as a like celebration of spring and the renewal of nature. Curator of Veterans Council of medical entities of Kazybekbi district - Seysembekov Samat Zeynullovich was invited to the holiday.

In the final part of the holiday, the head of "Emergency medicine» department AR Alpyssova made ​​a congratulatory speech on behalf of the university and department staff. The concert was held at the "Hooray!", charged everyone with huge positive and a great mood  for all holidays.