Independence is a sacred concept 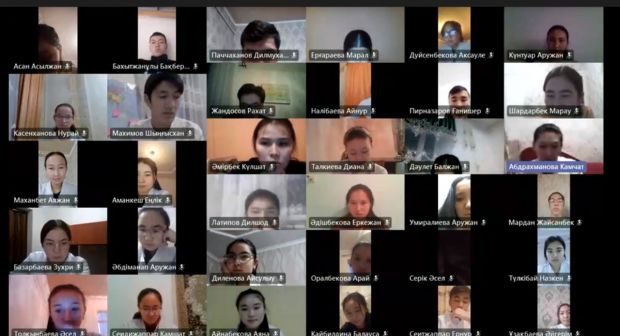 December 16 is celebrated at the state level as the Independence Day of Kazakhstan. In honor of this significant holiday in the life of society, on December 9, we watched an online concert with 1st year students of the specialty "General Medicine" of Karaganda Medical University.

The concert was held at a high level. The student audience received it very warmly. Thanks to the management, the staff of the concert association. Kali Baizhanova, Karaganda. Despite the difficulties of the modern world, the close relationship between the art collective and the Karaganda Medical University has already become a tradition.

Today the main goal of the Rukhani Zhagyru program is the spiritual education of the younger generation, the education of cultural, educated specialists deeply imbued with national values. Art is always inspiring. Opens the way to greater heights. Forms a commitment to a healthy lifestyle. In this regard, the online concert program organized today reached the student audience in one jerk. “We had a good rest. The mood has risen. Thank you, Kamshat Zhaksylykovna, ”the students said. We hope that such connections between the two teams will continue. Because there is a common goal, common interests. This is the education of the younger generation, society. Happy Independence Day. May our youth be cultured and respectful.