«The 87th anniversary of Karaganda city» 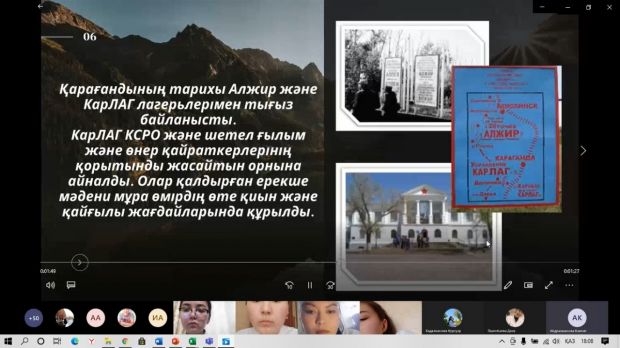 On January 25, a curatorial hour was held for the 1st-year students of the specialty General Medicine. The event was organized by assistant Professor of the Department of History of Kazakhstan and SPD - Abdrakhmanova Kamshat Zhaksylykovna. 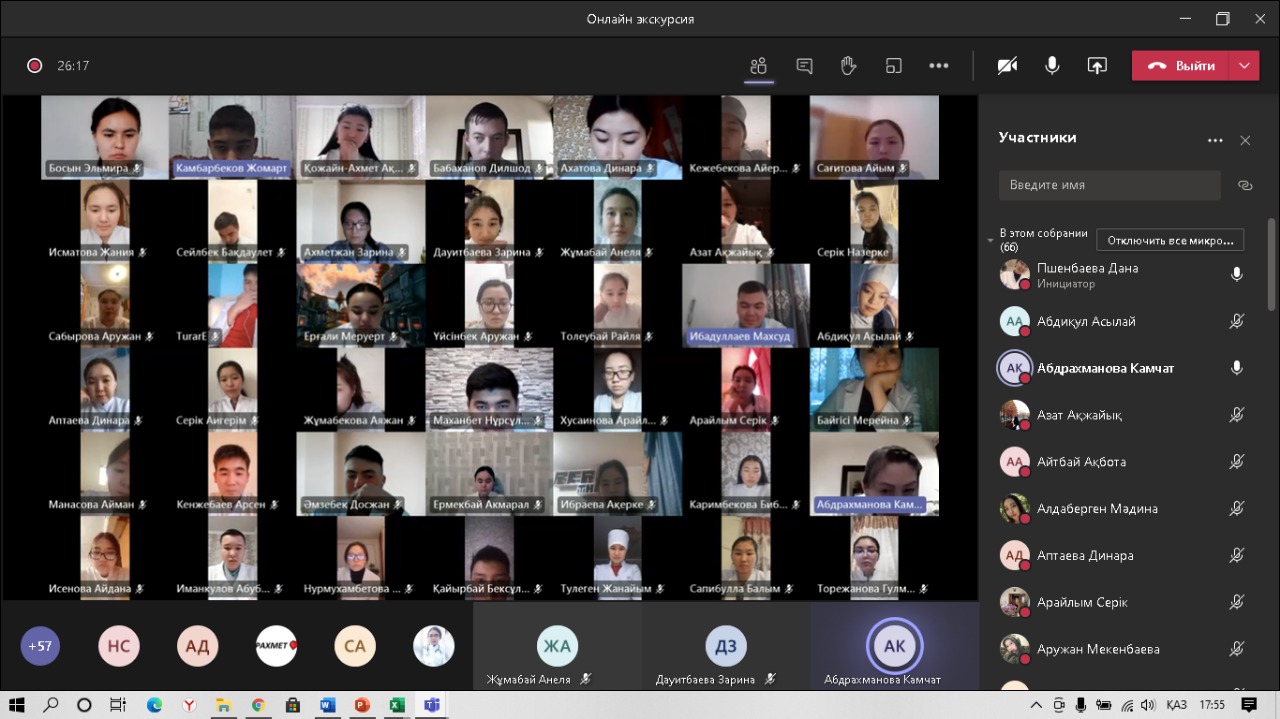 In a few days the birthday of our beloved city will come. In honor of this holiday, the 1st year students were introduced to the history of the city, told about the specifics and identity of the city Karaganda, and familiarized in detail with the student of university.An online tour in the regional museum of local lore was organized at the end of the meeting. On the occasion of the event, the students expressed their opinion and appreciation to the organizer. 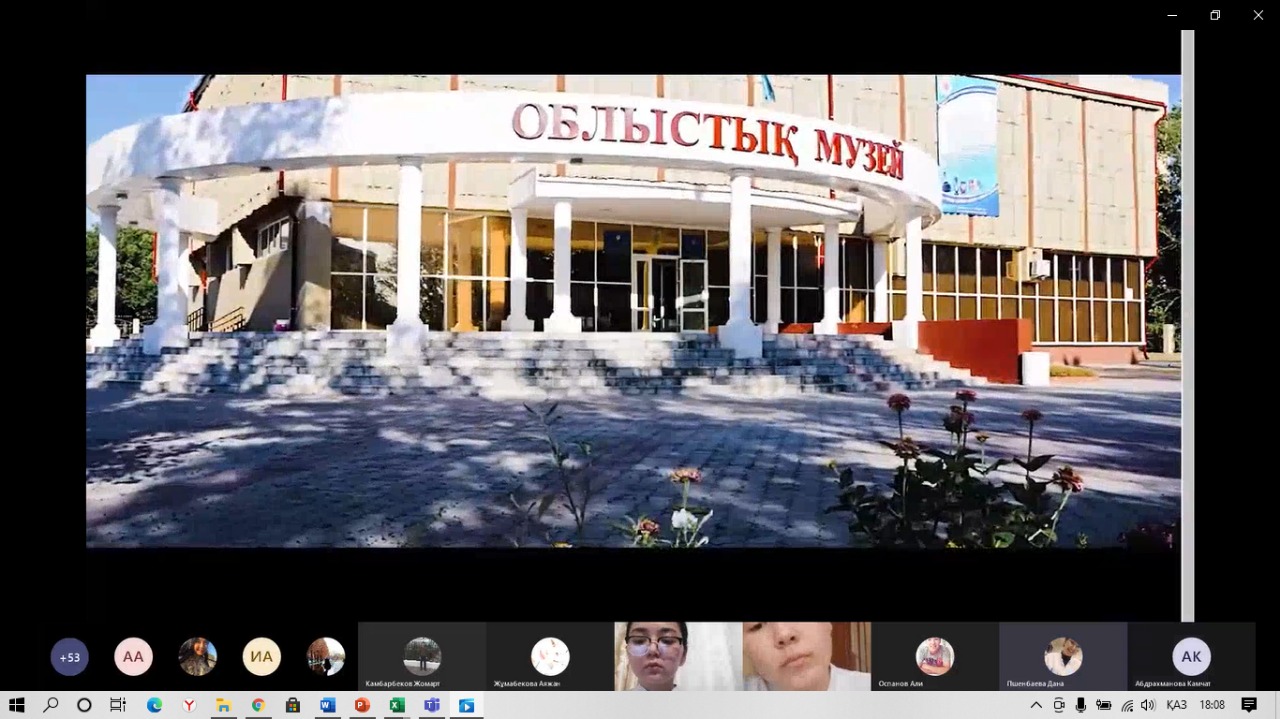 Having received comprehensive information, the first-year students did not hide that fact , that they wanted to come to the city where the Medical University of Karaganda is located as soon as possible,to learn, see and get to know it more better.